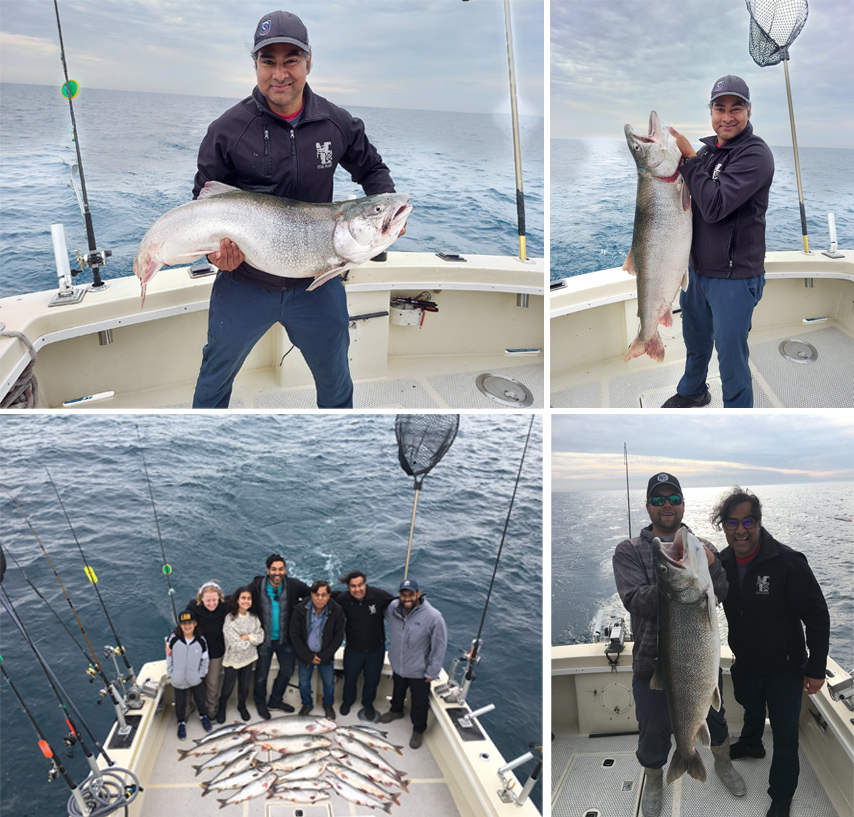 The Lake Trout is one of the most dependable Lake Michigan species. Often referred to as the bank fishery (as in FDIC Insured) because we can keep going back and making fish withdrawals. These deep thumpers are best sought after in the Late Fall (See my Late Season page). Whether you are Charter Fishing out of Montrose Harbor Chicago or in Northpoint Marina, Winthrop Harbor, IL, these fish are around and plentiful.  For the past 5 years the June-August fishery off of Montrose Harbor has produced the finest Lake Trout action that we can find.  What could be better, 75 degree weather and lots of BIG Trout.

Lake Trout are native to Lake Michigan and originally they were the main predator on the lake until the invasion of the Lamprey Eel and over fishing of the early years virtually wiped them out. Since then great efforts have been made to bring this fishery back and the Lakers are in great abundance. Unlike the Salmon the Lake Trout will live a long time and grows a lot slower. This does not mean that the Lakers do not get big because they do. The average size of Lakers is about 12 to 14lbs. In 1994 a Illinois State record Lake Trout was caught aboard the CONFUSION that weighed in at 32lbs-13oz. And was 44inches long (WOW). The NEW Illinois State record Lake Trout (39lbs 2 oz) was caught aboard the Massive Confusion over the Memorial Day Weekend in 2021! The Lakers are best sought after in the Late Season fishery but are available all season long and make great summer fighters.